The year is getting to an end and we are getting ready for the, traditionally busy, first months of the coming year preparing the annual tax returns 2011.

For companies in Bulgaria the deadline for filing the annual tax return is March 31, 2012. Individuals file their personal income tax return before April 30, 2012. Check with your accountant when you are in doubt whether you are obliged to file a personal income tax return. Basically this is the case when you have income generated other than from a labor contract. When individuals submit the annual tax return and pay the tax up to 10th February 2012, there will be 5% discount over the tax amount.

When you want to know what the status of your company is then this would be a good time to check with your accountant.

Tax on plastic bags in Bulgaria 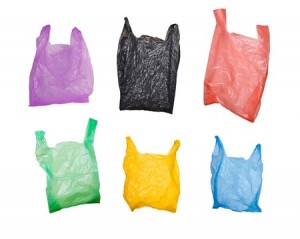 Since a few weeks in more and more shops the sellers ask you if you want a bag with your goods. The reason is not that we got environmental in Bulgaria all of a sudden but the government imposed a new eco tax on plastic bags.

The new law is in force from October 1st 2011. Producers and importers of plastic bags have to add 0,15 BGN eco tax to the bags with a thickness up to 15 micron. The expectations are that this will go up in the coming years.

A quick search reveals that in Bulgaria about 1,5 billion plastic bags are used yearly. Assuming that the new tax will help to decrease this number the state budget will still benefit over a 100 million BGN. Some retailers will see a business opportunity here and make some stotinki on the bags.

Hopefully the result is that we won’t see plastic bags anymore everywhere we go.

The European Commission has issued an official request to Bulgaria to change its VAT legislation in order to ensure equality among entities working within the country and in the EU.

Bulgaria has two months to bring laws in line with European Union legislation, after which the Commission will bring the matter to the European Court of Justice.

According to the EC, the rules in Bulgaria on the conditions for refunding VAT to taxable persons subject to a tax audit discriminate against persons involved in intra-Community transactions.

Bulgarian legislation distinguishes between taxable persons operating only within Bulgaria and those carrying out transactions with other EU Member States, which is incompatible with the EU VAT Directive and with the principle of proportionality.

Under Bulgarian legislation, taxable persons who undergo a tax audit are refunded VAT at the end of the audit procedure. However, the time limits for audits are twice longer for entities involved in transactions within the EU, than those for entities working solely in Bulgaria.

By issuing the Reasoned Opinion on the matter Thursday, the European Commission has completed the last step in the infringement procedure before referring Bulgaria to the ECJ.

Tax on representative expenses in Bulgaria 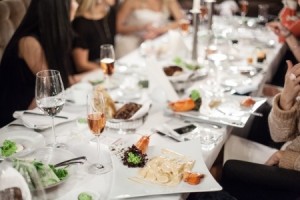 On representative expenses such as; dinners, gifts, cloths, food and drinks, a tax of 10% has to be paid. The expense is, together with the paid tax, deducted from the companies’ taxable income. The VAT on these expenses cannot be offset nor claimed. The tax is due up to the 15th of the following month.

We regularly get the question whether it’s worth to recognize representative expenses for your company. It appears there is a general opinion that it is not worth the effort. Why to pay first a tax and later to deduct it from your income seems to only generate work without any benefit?

In our opinion it is worth the effort;

To get your expenses recognized you need to keep the cash receipts (in Bulgarian it should have “fiskalen bon/фискален бон” written on it) and get the receipts to your accountant.

Please contact us when you are in doubt what exactly can be recognized, or when you have any further questions.

Per the 1st of January 2011 the amendments on Law on Income Tax of Individuals are in effect. The amendments have been published in the State Gazette (Държавен вестник) number 94, 30/11/2010.
The law affects companies paying rent to physical persons. As of the 1st of January 2011, companies who pay rent to physical persons are now obliged to withhold the tax on the taxable amount of the rent. The taxable amount is 90% (10 % are reserved for expenses of the landlord) of the rent as in the rental agreement. The tax payable is 10% over the taxable amount.

In case the tenant is a not a Bulgarian company, the tenant should not deduct the tax from the payable amount, as it is not a tax obliged entity in Bulgaria. It then is the responsibility of the lessor to pay his income tax.

Please feel free to contact us when you have any further question on the subject.

Bulgaria has taken a stand against a European Commission proposal for the introduction of new taxes across the European Union, including a financial-transaction levy and a new value added tax.

“Bulgaria doesn’t support the introduction of new taxes because it will impose an extra burden on EU citizens and companies,” it said in a statement.

“The introduction of the financial transactions tax on an EU level will put in danger the competitiveness of financial hubs in the EU because there is yet no agreement to introduce it on a global level.”

According to the ministry the idea for a new EU value added tax will practically take over the functions of the separate nations in imposing the levy.

Bulgaria will insist on raising funds for the Cohesion policy and extending its scope in a bid to avoid a two-speed Europe.

Investments in roads, highways, sewage plants are key to Bulgaria, according to the finance ministry.

The country will also demand more funds to increase the control of external borders and illegal migration.

The European Commission is expected to propose next week a sweeping new EU taxes that would apply to “all types of financial instruments” used by European investors.

The levy is said to be imposed on all trades in derivatives, bonds and shares, as well as a limited number of currency transactions. 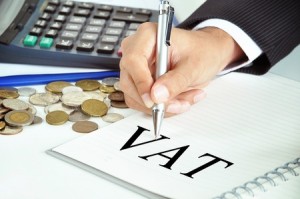 Newly registered companies do not automatically enter the VAT system; your company has neither obligations nor rights concerning VAT in Bulgaria.

Registering for VAT becomes compulsory when;

You can voluntarily register your company for VAT at any time and at any turnover. This option is preferable for most companies.

For information on other taxes in Bulgaria check here: Taxation in Bulgaria 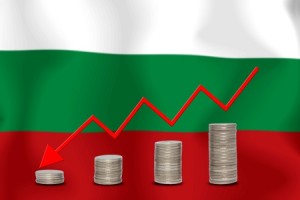 The overview below is just a summary of the most common taxes and VAT in Bulgaria. For detailed information you can check the websites of the National revenue agency (NRA) and Invest Bulgaria Agency or contact us when you have any further questions.

Corporate tax – 10%
The taxable profit has to be declared before March 31 of the following year.

Tax on dividend – 5%
The tax has to be paid within a month after the dividend has been remitted.

VAT – 20%
Companies with activity only in Bulgaria and a yearly turnover of less than 50’000 BGN are not obliged to register for VAT.

Acts
The taxation is organized in the following acts;

The manager team in charge of control activities of the Sofia Territorial Directorate of the National Revenue Agency (NRA) was dismissed Monday, according to an NRAstatement.

“The changes in the management team are a continuation of the reshuffle at the central headquarters of the NRA and are driven by the inefficient tax and social insurance control, including the counteraction against fraud in the biggest territorial structure of the NRA”, the press office of the agency said in the statement.

Tax Freedom Day Arrives in Bulgaria on May 4

Bulgarians will work to pay their taxes until May 4, 2011, according to a publication of the Institute for Market Economy.

The so-called “Tax Freedom Day” is a symbolic date when employees stop working for the State treasury and begin earning for themselves.
In Bulgaria, this day traditionally falls in May, and its earlier arrival in the last three years is attributed to the economic crisis and the wider budget gap i.e. the State seemingly takes less, but continues to spent as before by using reserves and accumulating new debts, the Institute’s experts say.

The symbolic calculations further show that from May 4 until May 13, Bulgarian tax payers will continue to work for the State, to cover the budget deficit for 2011 and these 10 days will end up being for the benefit of the treasury, sooner or later, next year, or even in several years, depending on the ending percentage of thebudget deficit for 2011.

What the State plans to take from workers amounts to more than 60% of households’ income for 2010. In 2011, Bulgarians will work 31 days for the Value Added Tax (VAT), 10 days for excise duties, 19 days for social security benefits, 10 – days for health insurance, 10 days for income taxes, 8 for corporate taxes, and 3 for property taxes.

The Institute’s experts further point out that the focus on bringing more revenues in the treasury gives a false impression of more freedom while revenues from VATand excises have suffered a great deal from the crisis.